Does Your Work-From-Home Outfit Boost Your Productivity?

The number of people working remotely is on the rise—and so are new trends in work-from-home fashion. For many, the ability to wear loungewear during work hours is a huge perk. Not only is it more comfortable than typical workwear, but it also saves time when it comes to ironing, laundering and getting ready in the morning. Before you commit to a lifetime of hoodies and sweatpants, however, consider this: studies show that there is a link between dressing up for work and your overall productivity. According to science, clothing can influence the way we think and feel though symbolism and through routine.

Enclothed cognition is a term that describes the psychological effects of wearing certain types of clothing. In a 2012 study, cognitive psychologists Hajo Adam and Adam Galinsky gave participants a white lab coat to wear while taking an attention test. Half of the participants were told they were given a doctor’s coat; the other half were told they were given a painter’s smock. Even though the coats were identical, the participants who believed they were wearing a doctor’s coat outperformed those who believed they were wearing a painter’s smock. The symbolic value attached to certain articles of clothing can influence our behaviour when we wear that clothing. Following the lab coat experiment’s logic, donning a blazer can increase your confidence and focus, while wearing a sporty tracksuit might help you make healthier choices as you go about your day.

The simple routine of getting dressed can also contribute to productivity. According to behavioural scientist Nick Hobson, even small rituals can carry tremendous psychological and biological benefits. By getting dressed at the same time every morning, you start your day off with a little more order and structure than you would by rolling out of bed and logging on in your PJs. That little bit of structure can alleviate stress and help create a healthy boundary between your workday and your personal time. The so-called “Mr. Rogers effect” of changing clothing before and after work gives your brain the signal that it is time to focus or that it is time to relax.

If you’re dreading a future without elastic waistbands, don’t despair—dressing for increased productivity doesn’t mean you have to sacrifice comfort. You can take advantage of the scientific findings above by choosing pieces that make you feel confident and capable. For some, that might mean classic office attire, like blazers and long-sleeved shirts—for others, that might mean a daily “uniform” consisting of jeans and a T-shirt. Whatever you choose, be sure to stick to the routine of changing your clothes before and after work for maximum impact.

Give it a try—if you’re having trouble staying focused throughout your day, try out some new work-from-home outfits. Although it may seem frivolous, dressing up for work (even when you work from home) has a measurable effect on your mood and productivity levels. 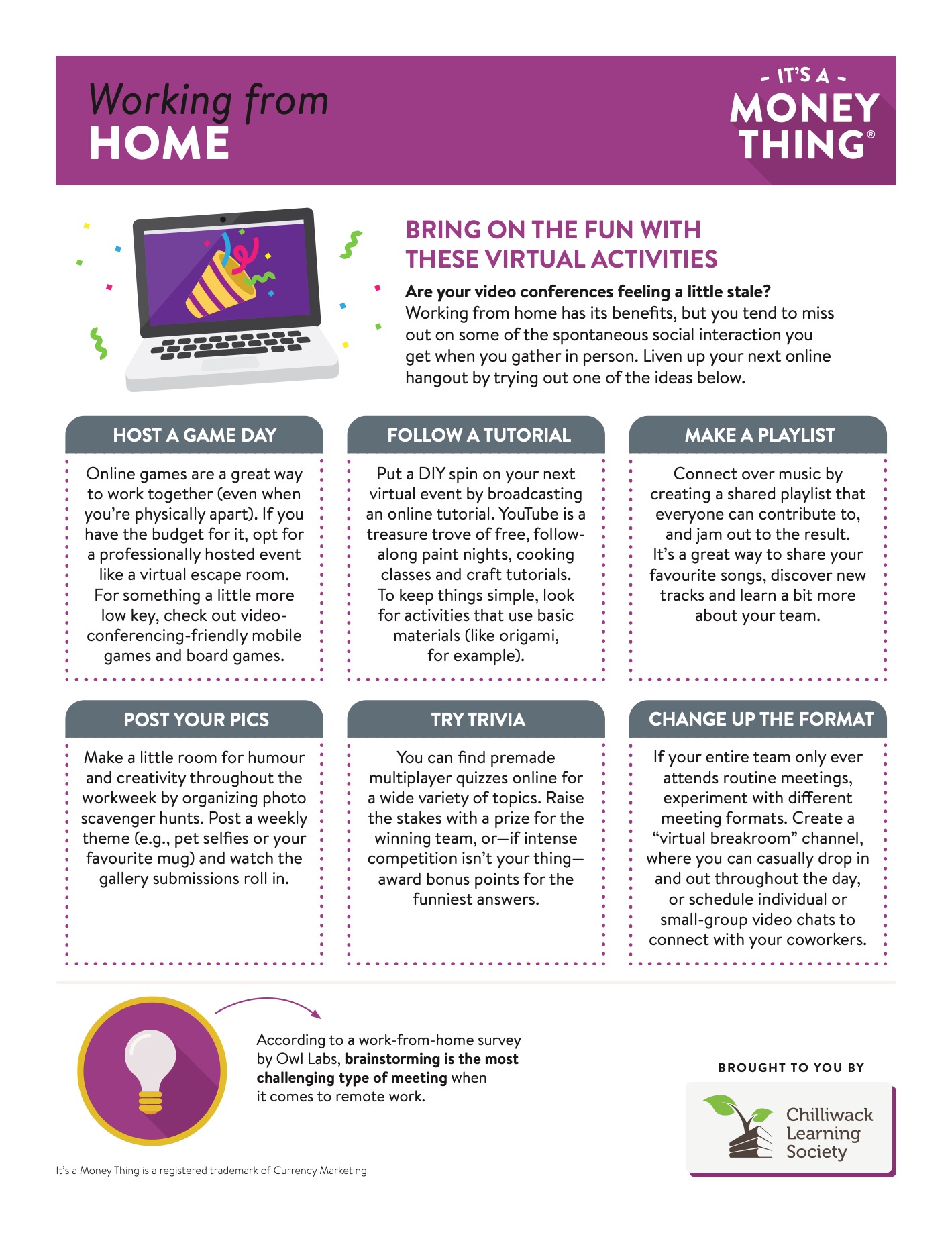 Building our Stories Through Learning – An Education-themed Family Event