Trends In The Stock Market 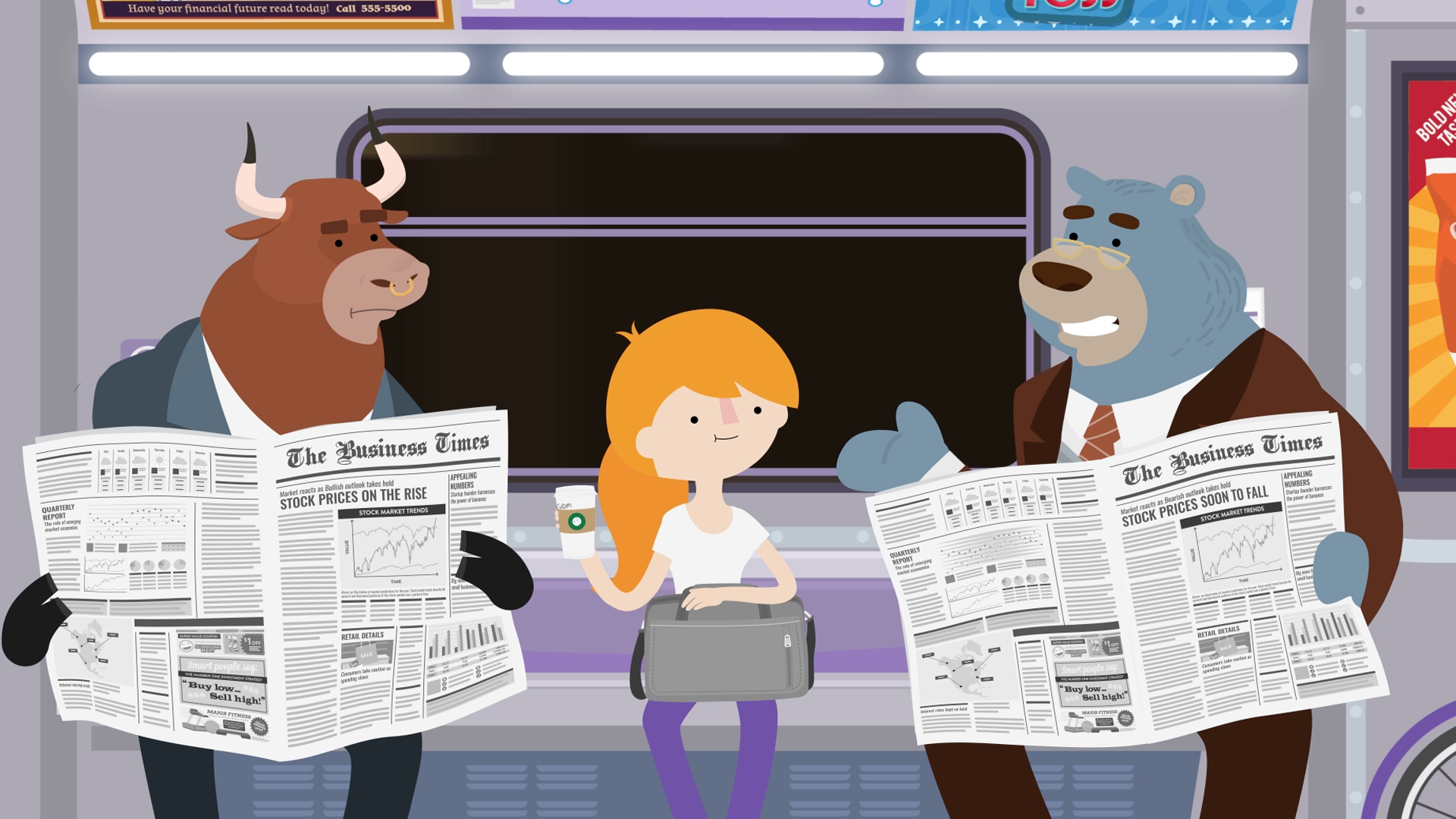 The Secret History Of The Wall Street Bull

Bulls and bears can be considered the unofficial mascots of the stock market. They represent the upward and downward movements of the stock market over a period of time and have even come to describe investor behaviour (optimistic investors are said to be bullish, while investors with a pessimistic outlook are said to be bearish). In a field typically known for its confusing financial terminology and often uninspired language, the bull and bear symbols really stand out—and this is especially true in Lower Manhattan.

The Charging Bull (also referred to as the Wall Street Bull) is a massive 7,100-pound bronze sculpture located in the Financial District in New York City. At 11 feet tall and 16 feet long, the aggressive bull is an unmistakable tribute to power and prosperity. Over the years, it has been accepted as an iconic New York City monument and an international symbol of Wall Street. It draws thousands of tourists and selfie-takers daily, and parts of the statue (the snout and horns, but also some inappropriate zones) have been burnished to a bright golden bronze by visitors rubbing the statue for good luck. What many do not realize is that the iconic Charging Bull has a relatively young—and rather unusual—history.

Charging Bull has been guarding the streets of the Financial District for only a few decades. It first appeared in front of the New York Stock Exchange in December 1989, much to the surprise and confusion of New Yorkers. Why? The statue had not been commissioned by the city. It was an act of guerrilla art.

For two years, SoHo artist Arturo Di Modica had been working on his bronze and stainless steel sculpture out of his studio. The artwork was created in response to the 1987 stock market crash. According to Di Modica’s assistant at the time, it was a way for him “to encourage everybody to realize America’s power”.

One cold Thursday night, Di Modica and some friends rented a crane, loaded the massive sculpture onto a flatbed truck, drove it to the Financial District and installed it on the centre line of Broad Street, near a festive 60-foot Christmas tree. The following morning, Di Modica handed out fliers explaining the significance of his artwork-turned-Christmas-gift to passersby. Hundreds came out to admire the work, but the police were less than amused—Charging Bull had been installed without a permit and without concern for the effect the statue would have on traffic and public safety. The bull was immediately impounded and hauled off to Queens. The resulting public outcry was so great that the New York City Department of Parks & Recreation reinstalled the statue a few days later in Bowling Green Park in the Financial District, where it remains on display to this day. New York City does not own the sculpture and so Charging Bull has technically been on temporary display since 1989.

The cultural impact of the sculpture has spread far and wide. Replicas of Di Monica’s sculpture have found homes in Amsterdam and Shanghai. Charging Bull has helped set the scene in many TV shows and movies (Mr. Robot and The Wolf of Wall Street are a couple of notable examples). It was guarded by police during the Occupy Wall Street movement and remained barricaded for three years following the protests. Most recently, it inspired an additional artistic installation—in honour of International Women’s Day 2017, a bronze statue of a defiant little girl was temporarily installed facing the iconic bull (and yes, the statue of the defiant little girl did have a permit from the city).

In case you’re wondering whether the bronze bull of Wall Street will ever be joined by his bearish counterpart, don’t count on it. When the notion was first suggested shortly after Charging Bull’s installation, Di Modica rejected it quickly—he didn’t think it would do as good a job at representing the optimism of the American people. Bull and bear markets get to share the spotlight in the stock market, but it looks like Charging Bull will continue to have Lower Manhattan all to himself. 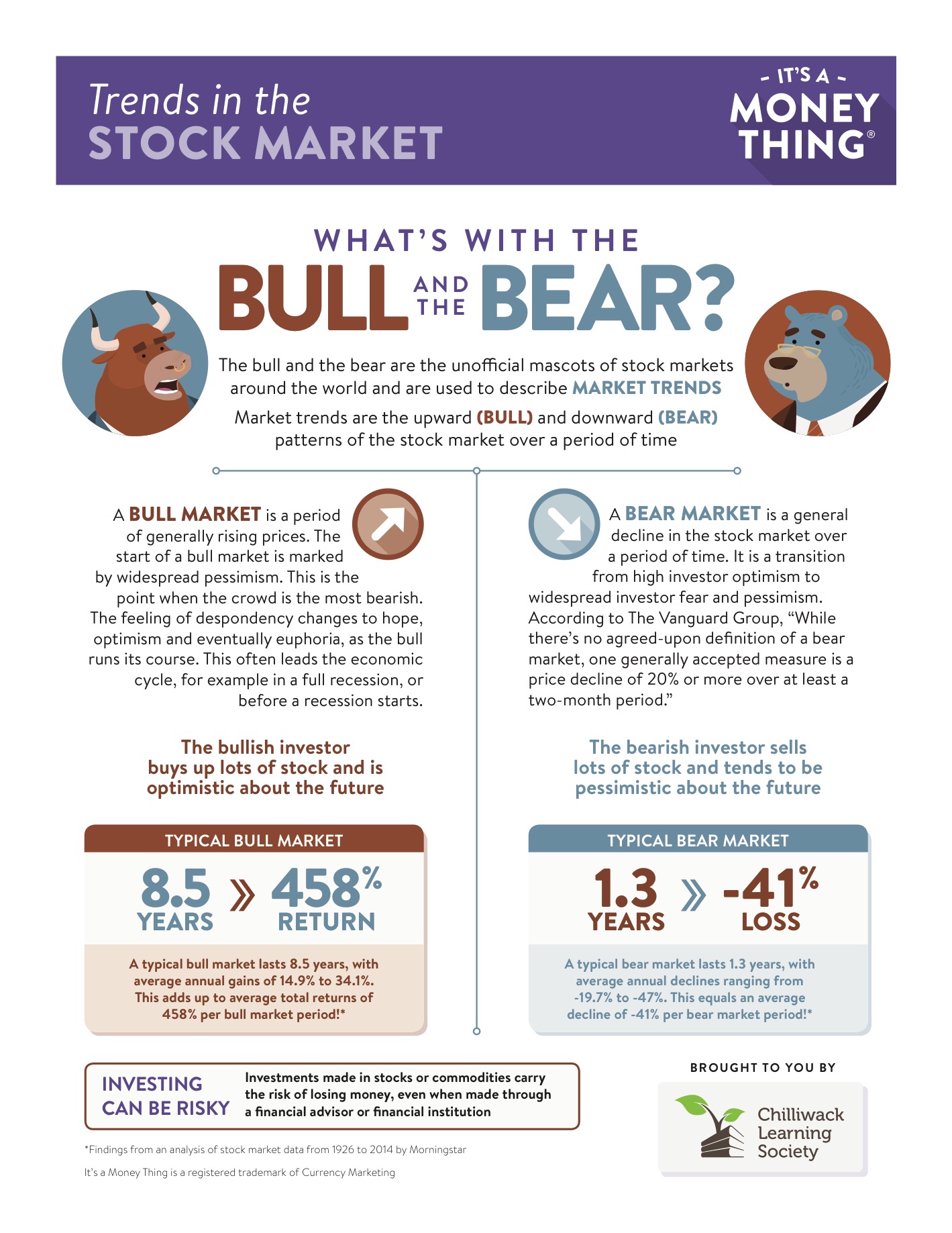